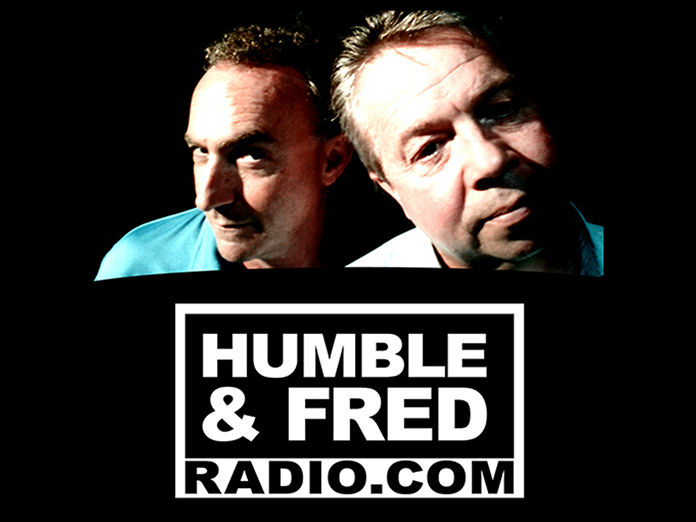 Humble & Fred announced Thursday that they are leaving terrestrial radio behind for good, revealing that their show on Bell Media’s Funny 820 (CHAM-AM) Hamilton, was also a casualty of the company’s recent operational streamlining.

The veteran Toronto radio duo, also known as Howard Glassman and Fred Patterson, were lured back to the terrestrial morning show airwaves after a 13-year absence in Sept. 2018. They’ve been dabbling in podcasting since 2006 and resurrected their show online in 2011, building an audience and a group of committed advertisers including CDN Technologies, GigSky, Retirement Sherpa, and The Chambers of Commerce Group Insurance Plan.

The Funny 820 show was a reimagined version of the podcast, featuring five breaks. Newstalk 1010 (CFRB-AM) Toronto was also re-airing half hour segments, in addition to community station 88.7 The River (CIWN-FM) in Mount Forest, ON, among others.

“So, as you know a bunch of friends of ours and some we don’t know…a couple of hundred Bell employees were fired just a few weeks ago and a few weeks before that, so were we,” Glassman revealed during Thursday’s show.

“Ours was a little bit different where we had an agreement to provide the show for a certain length of time and there was an out in that for either side and Bell Media exercised their out,” Patterson elaborated. “We weren’t paid to do the show, there were considerations for commercial time, but when it gets to the point they give you an end date, you can’t sell it anymore, because who is going to buy it? [Studio Manager] Phil [Hong] spends a lot of time preparing the show…so now we know there’s an end date, it’s costing us to produce something that has no legs now.”

While they had agreed to stay on with Funny 820 until April 10, the duo announced live on-air Thursday that it would be their last show. Starting Monday, they’ll be livestreaming the podcast four days a week on their Facebook page, starting at 7:30 a.m. ET.

The duo said they had actually been discussing “firing radio” for over a year with producer Mike Boon (aka Toronto Mike).

“We’re just old radio guys. We thought we needed to be on the radio to make ourselves legitimate,” said Glassman.

“Even though the business around us…podcasting became the go-to thing, part of the vernacular…now we were in the middle of this new media and it felt great,” added Patterson.

“It’s really all we need and it will actually be better, because it got to the point where the radio aspect, the terrestrial radio aspect of our job was getting in the way because we had to format the show a bit for radio, which takes away a bit from it,” said Patterson. “The podcast will no longer have the breaks it had. For something that didn’t have a big payoff, the overwhelming listenership to this show is through the podcast. We can see it. We have those numbers.”

Glassman also noted that he didn’t think Bell Media ever fully appreciated the audience the duo brought with them.

“You can see it online, you can see people referencing 820 AM. They’re our listeners, they’re not 820 AM listeners. They’re people who listened to us and happened to find us on morning radio,” said Glassman.

“It’s too bad,” said Patterson. “At the same time, I understand a lot of these decisions being made right now in corporate Canada are tough decisions…it’s sort of lost its way and we’ve become victims of that, but there’s this internet thing and podcasting and we’re fine.”

Glassman and Patterson thanked listeners for their support and Bell Media for the opportunity before signing off from the show early.

You can listen to the Feb. 18 episode here. Humble & Fred start the lead in to announcing their departure around the 1:34 mark and make the actual announcement at 1:44.

Funny 820 AM now features an entirely syndicated lineup of comedy, mostly originating from the U.S. Also airing in Calgary, Bell extended the format to Vancouver and Winnipeg last week as it pulled the plug on its TSN Radio format in those markets.