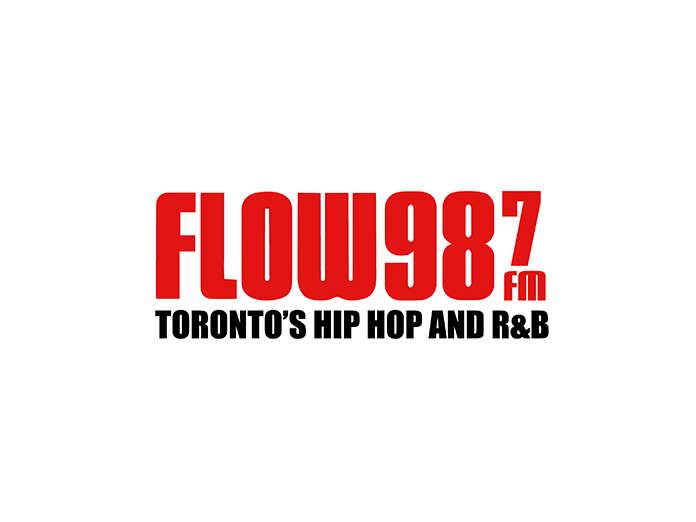 Toronto’s G98.7 (CKFG-FM) is getting a rebrand, moving forward as the “All New” Flow 98.7 as Stingray relinquishes the heritage, urban hip hop format to make way for the introduction of a new, yet-to-be announced station in the city.

“We have always felt that the Flow brand played an important role in the Toronto radio landscape, and when we looked at the best path forward for the 93.5 frequency we examined the possibility of bringing Flow back to its roots as a community-driven station that not only plays hip hop but also R&B, soul, reggae, soca, dancehall, and other styles of music,” Steve Jones, Vice-President, Brands & Content, Stingray, told Broadcast Dialogue. “That was what Flow was like 20 years ago when Denham Jolly’s company originally put it on the air. That was an option for us, but going in that direction would compete with G98.7. So, we entered into discussions with G98.7 to see if there was a way to work together to keep the Flow brand – and mission – alive in Toronto. We struck an agreement to have 98.7 license the Flow brand, and we’re really very happy that the brand will live on in Toronto.”

As the 93.5 frequency relaunches Monday, Feb. 14 under a new brand, G98.7 will become the “All New” Flow 98.7 as CKFG-FM, which has served the GTA’s Caribbean and African communities since 2011, transitions to a more urban format.

Flow 93.5 launched in 2001 after a hard-fought, decade-long campaign by Milestone Radio for a radio licence to serve Black listeners. Gary Gunter, General Manager of Flow 98.7, who has worked with urban and hip hop stations in markets like Detroit, Chicago and Baltimore, says he’s approaching the rebrand with the legacies of both stations top-of-mind.

“Both of these brands are important to the Black community,” said Gunter, who joined G98.7 in September following the station’s sale to CINA Radio Group, owned by multicultural broadcaster Neeti P. Ray. “Flow was built initially to serve that community before becoming corporately-owned. This coming together with G is a metamorphosis back to where we started, so Flow moves over to 98.7 as a world-renowned brand, focusing on the Black community through hip hop, but moves over to a Black-focused station with reggae, soca, and whatever else we play.”

“I take very seriously the sensitivity of these two brands coming together,” Gunter continued. “I’m going to be balancing how the programming is set so we continue to serve the current G listener which is an older, Black, primarily Caribbean, Jamaican audience. But at the same time we have to serve and super-serve a younger audience coming from the Flow brand, which is very diverse. Having run some of the big urban hip hop stations in the U.S., I’m going to be bringing that experience to this transition to make sure we’re sensitive to that listener we’re moving away from and still welcoming to the listener we’re bringing into that fold.”

Gunter acknowledges it will be a “high-wire act” initially, trying to satisfy both audiences, but also presents an opportunity to cement a foothold with advertisers looking to reach the Black community.

“I think the Flow brand in itself – and that’s one of the main reasons why Mr. Ray and CINA Radio made the decision – because of the panache and brand awareness of Flow and what it can bring to 98.7. By bringing a very valuable brand like Flow and the recognition that it has, and the listeners that it has, and what advertisers have shared, is that the brand will allow us to open a door as 98.7 to tell our story, or get at least invited to the table, and for people to take the value of our listener more seriously.”

Gunter says the rebrand also presents another opportunity to hit the reset button. Prior to G98.7’s court-ordered sale to CINA Radio Group, the station had been placed in investigative receivership following the death of its founder Fitzroy Gordon, resulting in a subsequent shareholder dispute.

“This is a second reset which will propel us even quicker into the space of regauging, recalculating, recalibrating the station, as well as it’s responsibility to the market and to the CRTC, and to its advertisers as a sustainable, viable business model,” said Gunter. “Right now, we’re really the only Black station game in town. You want to reach Blacks in Toronto, you have to come to Flow 98.7. There’s even more of a spotlight on us and I look forward to the challenge.”

As far as the station’s sound, Gunter says listeners can expect to hear more R&B in the mix, with Sundays dedicated to old-school hip hop and reggae.

“The slogan has changed. Where the current Flow is “Toronto’s hip hop,” we’ll be “Toronto’s hip hop and R&B.” So, we will take on the edginess of Flow, but we’ll also take on a softness to please those outside the traditional hip hop heads…it will still be new, still be fresh, but also appeal to more mature listeners as well.”

Gunter says slight adjustments to dayparts and some personality changes may be in the cards down the road, but for now all of the station’s primary shows will be retained.