Former news anchor Sarika Sehgal has passed away. She was just 42.

Sehgal, who had a career that took her from CICI-TV Sudbury to the network anchor desks at CBC Newsworld and CTV News Channel, had left journalism behind in the last 10 years to become the founder and director of the Khel Centre for Creativity & Inner Peace, a creative and spiritual retreat near Erin, ON.

After graduating from Humber College, Sehgal had a meteoric rise starting as producer on a national morning show in Toronto before stints at CTV News Sudbury and A-Channel in Edmonton. Within a year, she joined CTV Calgary (CFCN) to co-produce and anchor the station’s noon-hour newscasts. She then landed in Hamilton to executive produce and co-anchor for CH News. In 2003, Sehgal returned to Toronto to co-anchor Toronto Tonight on Toronto 1 (CKXT-TV). Following the show’s cancellation in 2005, she joined CBC Newsworld as host of one-hour current affairs and news program CBC News: Today, also taking turns hosting CBC News: Tonight and CBC News: Around the World. She left the public broadcaster in Aug. 2007 to travel the world on a soul-searching journey that would take her to 15 countries. She joined CTV News Channel in late 2011.

In a manifesto posted to the Khel website, Sehgal explained her decision to walk away from television saying “Like so many North Americans, my entire identity and ego were tied to my work. And that happened for nearly 20 years.”

“As most of us do, I blindly travelled through my life – following society’s rules. I worked hard for the approval of others and always got good grades in school. I went to university to become a doctor and kept up the facade of interest scoring myself a BSc. degree. Adding on a communications diploma, I had an effortless passage into the television world. Coming in as a guest and mere observer at a local station, someone happened to like my voice and before you know it I was interning, producing and ultimately landing on – air gigs right across the country. I was driven and ambitious.  It took only 5 years to get back to Toronto and have my face plastered on billboards along the DVP. Amazing humans like Peter Mansbridge were all of a sudden my colleagues. I had my own team of producers and at the height of it all  had three shows on television. Add to that – a surgeon husband, a penthouse, personal trainer, shopper, lots of makeup and a great. fake. smile,” wrote Sehgal.

​”The external world was shiny and bright, but I can’t say I remember much about it. Most of it was a blur. There is one bit of foreshadowing that stands out. My subconscious was having a bit of fun and decided to pick out my screensaver on my work computer.  It was an album cover of a Canadian band that read “Wake Up”. ​It took a decade but I did. It was inevitable that the existential crisis would be around the corner. And it was one question that sparked it all. ‘You have everything so why aren’t you happy?’ What was missing — was everything – inside.”

Saddened to hear of the loss of Sarika Seghal …I worked with her in Edmonton…she had a “cool factor “ to her (not everyone in news does) and was one of the most intelligent women I had ever met. Condolences to all who loved her. #rip pic.twitter.com/yiGDPdRnhH 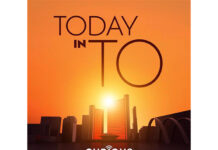 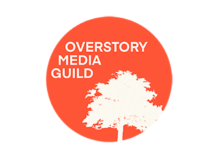