Together, Warner Media and Netflix shot more television in Canada than all Canadian networks combined, according to the first-ever DGC Director Statistics Report, released by the Directors Guild of Canada (DGC) this week.

The report is a comprehensive look at the engagement of Canadian directors by both Canadian and international producers, studios and networks during 2021, breaking down stats by region, gender, production type and those commissioning film & television production.

It found that 75% of all episodic work in Canada is from U.S.-based studios and networks, with Canadian broadcasters making up just 25% of TV shot across the country. 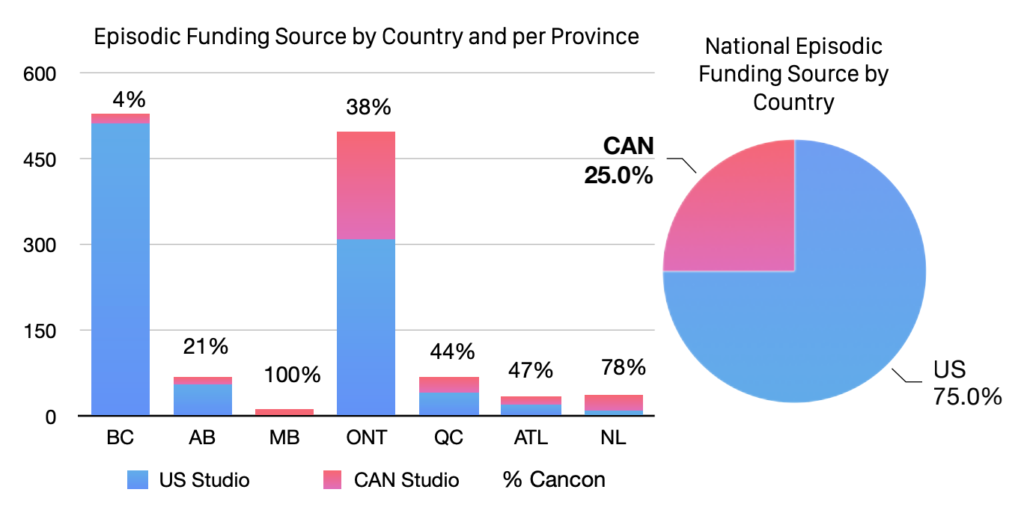 Canadian directors, on average, directed 41% of U.S.-financed television episodes across the country. While low budget U.S.-based series hire Canadians the majority of the time, high budget series only hire Canadians for 25% of total episodes, the DGC report found. It also found regional imbalance domestically with only 6% of episodes for scripted television series on CBC and CBC Gem produced in British Columbia, despite Vancouver being the country’s largest overall production centre for screen-based content. Only 4% of all productions in B.C. were funded by a Canadian studio or network.

DGC says nearly 70% of CBC’s English-language shows are shot in Ontario, despite calls for the national broadcaster to fairly spread production across the country, proportional to population.

“It’s disturbing that even a treasured cultural champion like the CBC has more or less ignored the rise of the West Coast film & television industry, despite a crystal-clear mandate to help Canadians share our stories with each other across regions and backgrounds,” said DGC National Director Division Chair Zach Lipovsky, in a release. “We hope that international players working in Canada will take the time get to know to the vast depth of Canadian talent we have and consider those filmmakers for all their productions, not only in areas like TV movies where Canadian hiring is high.”

When looking at gender parity across all DGC episodes shot in English Canada, women DGC director members made up 41% of the working membership and directed 43% of episodes. Another one per cent of episodic directors identify as gender non-conforming, putting the industry within 6% of achieving parity across the country. 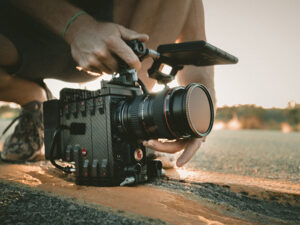 CBC and Disney are the most equitable studios for Canadian director gender parity in English Canada. APTN, Legendary, and Wildbrain did not report hiring any women among their Canadian directors. Apple, Crown Media and Universal also lagged behind the rest of the episodic industry

“Like our historic DGC Census this past spring, today’s report underlines the work we have ahead of us, building a truly representative industry – and there’s more to come. We will continue to hold ourselves and our industry accountable for telling the diverse range of stories – with a diverse range of storytellers – that Canadians expect and global markets now demand,” said DGC President Warren P. Sonoda.