Canadian Heritage Min. Steven Guilbeault appeared in a virtual Banff World Media Festival (BANFF) Q&A on Thursday afternoon, addressing ongoing debate around Bill C-10 as the Liberal government looks to push the legislation through the House of Commons ahead of the summer recess.

In conversation with Creative BC CEO Prem Gill, Guilbeault said the government’s urgency to pass the bill stems from a stalled committee process, whose work he says was proceeding at a reasonable pace “until one party decided to play politics with C-10.”

“I’m confident that we’ll be able to vote on the bill, third reading, probably on Monday and then send it to the Senate. And then the Senate could decide to take a long time, they could decide to move on it swiftly…there’s still a chance the bill could be adopted. Every day that passes, those chances are going down obviously, but it’s still possible,” said Guilbeault, who added that even if the bill fails to proceed before a potential election is called, the Liberals intend to get the legislation passed “one way or another.”

Guilbeault also touched on opportunities around Canadian export and co-production, with Gill challenging him on the current definition of Canadian content, particularly from a B.C. perspective where 80% of productions involve U.S. or international partners, but employ many Canadians in key creative roles. The Minister said that’s an issue he’d like to see the CRTC tackle. 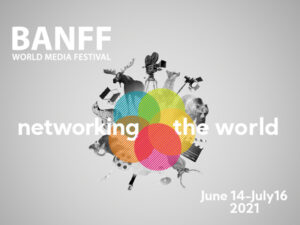 “I do think there should be due process at the CRTC where it can hear from stakeholders, proper consultation. This is something that hasn’t been looked at for some time and the world has changed quite a bit since then. C-10 is about modernization, web giants paying their fair share, but ultimately it’s about modernizing the broadcast ecosystem, which needs to include discussion and valuation of Canadian content.”

“The regulatory framework going into the future will need to be agile and nimble,” added Guilbeault, noting it’s unlikely the Broadcast Act will go another three decades without an update at the rate consumer habits and social technology are changing.

“I don’t think we have the luxury of doing that again…I don’t think we can and should do that. What we’re trying to do is have a system where the regulation can evolve over time without necessarily having to come back for legislative changes which can sometimes be challenging and difficult and take a long time,” said Guilbeault. “If our regulatory ecosystem isn’t adequate, the companies, independent producers, writers and creators ultimately suffer from that…that’s really what motivated us going forward with C-10 and that’s the vision we have for the future, something that is more nimble and agile than what we’ve had for the last few decades.”

Guilbeault also alluded to the introduction of more legislation surrounding online harms and hate speech, saying that there are growing calls around the world from countries like Germany, France and Finland to establish an international coalition and charter.

“Myself and many of my cabinet colleagues have been working on legislation regarding online harms, around hate speech, incitement of violence, terrorism. Left unchecked, we saw last January on Capitol Hill how far things can go…this is going to be controversial. People think C-10 was controversial, wait until we table this legislation.”

Guilbeault said government has a role to play in developing an ecosystem where Canadian creators can thrive going forward in what he what termed a “more or less frontierless world,” ensuring they can retain and monetize their intellectual property.

“This is just the beginning of our agenda to modernize the ecosystem. If you go back to The Yale Report, there were so many other recommendations we want to look at and start implementing. We went for one thing and we can see how challenging that is, but it’s not that difficult that it shouldn’t be done,” said Guilbeault.